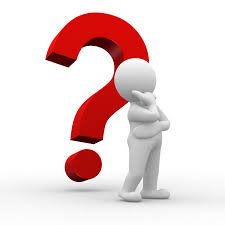 Ever wonder why your business isn’t doing as well as it should?

I don’t think it’s possible to be responsible for any business department or work cell and not have the question why come up at least a few times a day.

And that list could go on forever, you’re likely reading this and several of your WHY questions are popping to mind.

Manufacturing, it’s probably the wildest roller coaster I’ve ever been on. It’s one of the most complex environments I can think of.   You’re responsible for procuring raw goods, transforming them into the finished product through many processes which all have to go right and be sequenced properly, then your finished goods often have to be transported and coordinated with another group of skilled people to install them to the exact specifications of your discerning customers.   Compare that to a strict buy-sell model.  Whereby you buy a product already made, and when you sell it, you buy more. Naturally I probably oversimplified that Business but I think you get my drift.

So it’s no wonder that every day brings a barrage of new problems throughout the entire organization. I’ve yet to talk to any manufacturer that said “yeah last week was perfect absolutely nothing went wrong”.

I think we can all agree manufacturing provides us the joy of an uninterrupted stream of problems to solve.  Let’s first visit the word problem. I believe we use this word too haphazardly because we all know there’s the thing that you’re facing and below the surface there’s the core problem,.  Therefore, I’d like to use some different verbiage and the initial problem should be more accurately described as an “undesirable effect”  of the yet to be discovered core problem.   When we run around saying this is a problem and that is a problem, I believe we are doing our self a significant disservice because that verbiage alone suggests if we solve the thing we are talking about, the issue will be gone.  However if we have not affected the core problem, then in fact it won’t be very long before another undesirable effect arrises.

Fortunately for us little guys, we are literally standing on the shoulders of giants. The manufacturing greats before us have solved these problems with powerful and simple tools. And a lot of the time I think we don’t solve our ‘Core’ problems because the process of doing so seems too simple. Remember lean thinking is just that, simple.  I love the saying “smart people can’t believe it’s this simple”.

So when you want to know why something is going wrong and you know you’re just dealing with an undesirable effect, you just need to keep asking why.  Popularized by Toyota in their early days, the 5 WHY analysis seems simple, yet it is staggeringly effective.

Now I said “seems simple”. That’s because as you work through the first two or three why’s, even a child could do it.  However the closer you get to the core problem the more difficult answering why gets.  I promise if you get to the fourth or fifth why it will require all of your brain power to answer the question.  Let’s face it, if it was easy you would’ve already solved the problem.

#1 – Taiichi Ohno, the creator of the 5-Why technique, is quoted using the following example to teach using 5-Why’s for root cause analysis:

In the above example, most people would be treating the symptom, likely because it would seem easier and faster to replace the fuse.  We tend to only do the 5 why’s when we are forced to. The fuse would have just blown again due to the bearings, but I’d bet my bottom dollar most of us would have changed the bearings and fired up the machine again.  If the failure happened monthly, we may even start to stock the bearing in our maintenance department.  But as Ohno demonstrates, the real solution was still deeper.  And the wonderful irony is the root cause fix was much more cost effective than replacing bearings!

1.) major sticking point of an effective 5 WHY analysis is that there are no “right” answers.  There is only your intuition to guide you.  Generally when I facilitate a 5 WHY analysis, after each why, I read the problem statement and the answer out loud and ask one simple question:  Do I believe this to be true.  Then if it seems true, I follow up with: so if we do this one thing, the defect will be gone forever and never happen again?  And most of the time, you find yourself admitting that probably you should keep digging just a bit further.

2.) Often you will find there are a few possible answers to choose from.  Don’t get stopped because of a fork in the road.  Go down one until you either find the route cause or a dead end.  Then go back and go down the other.  You may even find they are both plausible, in which case I would revert back to which one can I do right now, for free (or cheap)

3.) Follow up.  All too often no one is actually in charge of finding out if what you put in place actually worked, and to what extent.  Is the project case closed and time to celebrate or does it need to be revisited with a possible second run through due to new information or insights?

If we could train all our people to ask the 5 why’s each time they encounter a problem, I surmise our laundry list of daily issues would see a significant reduction and allow us to get back to focusing on what matters… Our customers!

“If you don’t ask the right questions, you don’t get the right answers. A question asked in the right way often points to its own answer.  Asking questions is the ABC of diagnosis. Only the inquiring mind solves problems.” – Edward Hodnett