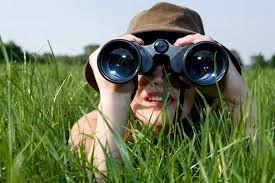 You wouldn’t have to study lean manufacturing very long before you came across
the word Gemba. Japanese phrases are very common in the lean world mostly
because Lean has been popularized by Toyota in the Toyota production system
which originated in Japan. Gemba is simply where the work happens. To find the
actual Gemba, you just have to ask: Where is the value being added for your
customers? In a typical manufacturing scenario the Gemba is the shop floor.
And the value added work is being executed by those amazing people who are
transforming your product. Everybody else in the organization is actually
considered waste. You heard me right, if you are not touching the product your
job is non-value added. But don’t despair, some waste is necessary, you’re not out
of a job. (Yet)
I’m gonna lay on another Japanese word on you, if you are in an engineering
function or leadership role, this may be more critical than any other job function
you have. You probably won’t believe me due to the miriad of seemingly
important things on your “to do list” but trust me on this one. The word is: Genchi
Genbutsu. This means “go to the source and see for yourself”.
And like every word that needs some translation depending on who you ask
you’ll probably get a slightly different version. However I believe this version to be
about as accurate as it can get. The slight twist was told to me by Ritsuo Shingo
while I was studying in Japan. Since he is the son of Shigao Shingo co-creator of
the Toyota production system, I think it’s about as close to the source as we will
ever get. Mr. Shingo told us it is not actually going to “see” for yourself, he says it
is go and watch. And the difference is staggering.
You can ask any plant manager of any factory if they spend time on the floor
every day and I promise the answer will be yes. But I feel like this would be the
equivalent to “go and see”. Yes they are out there, but probably not in one spot
for more than 15 seconds. Now, If you ask any plant manager of any factory
when was the last time they stood in the corner for six hours and did nothing but
watch I bet the answer is almost none.
We as people have this belief that if we’re not working (as in moving or running
around or doing something) then we’re perceived as not doing our job, therefore
standing in the corner seems very counterintuitive to what we should be doing.
This is not a new problem Taiichi Ohno (father of the Toyota production system)
had the same issue with his managers in the early days of Toyota. He could not
get them to stand still, which then popularized the Ono circle. Whereby he would
take a piece of chalk draw a circle on the floor and tell the manager they were not
allowed to leave the circle.

When you read that story you wonder how true it is. How hard could it be to get
someone to stand in one spot. Well just last week I asked my production
manager to stand with me in the corner. This is one of those moments where I
wish I had a hidden camera. I could not get him to stand in one spot for the life of
me. When I burst out laughing he asked me what was so funny? To which I
replied I think I need an Ono circle!
What happen next was nothing short of staggering. Despite having what we
would consider pretty decent processes in my opinion it was nothing short of a
gong show.
Within two hours we had made so many observations for improvement I could
hardly believe it. By that afternoon Production was up by 15%.
Remember in lean thinking we blame the process not the people and if your
people are like mine they are stuck in a process that you created and more than
likely they are all doing their very best. Never forget this.
If you’re wondering what did I do next, well it wasn’t easy and in the beginning
seemed like it would be impossible. But I cleared my entire schedule, except for
scheduled meetings with my leadership team, every other waking moment has
been standing in the corner of my factory observing. It’s now been two weeks
and I have absolutely no intention of leaving the Gemba any time soon.
I’ve identified 4 key areas in my organization that desperately needed attention.
We had systems for producing products, but we did not have systems for leading
the production of our products. Developing daily katas for our line leader has
been instrumental in eliminating mistakes and at least calming down that fire
every leader is striving to put out each day
When you see a bad situation unfolding it’s critical not to Step in and circumvent
the mistake. Use it as a training opportunity for your people. What would you
have done differently? How could this have been prevented? What immediate
counter measures do we need to put in place? Everyone will benefit far more
from having to think about it than just getting the answer.
When it comes to maintaining flow, which is paramount in any manufacturing
operation. We have discovered that sometimes it’s very difficult to know where
you should go next if flow has been disrupted in your work centre. The
breakthrough discovery was not only to teach people where they should go, but
just as important (maybe more so) would be to teach them where not to go. And
there by process of elimination will help direct them to the right spot.
We now have a one minute meeting after lunch. We rally the troops, assess how
the day is going, decide if any changes need to be made, see if anyone is
struggling and needs help. Then we do a little cheer that changes daily but it’s
along the lines of “1-2-3 -Hoorah ONE TEAM”. Then we get to work.
A wonderful thing has unfolded. After 2 solid weeks of being in  Gemba full
time, what felt like herding cats in the beginning, has turned into a symphony.
My amazing production rockstars now need little direction on maintaining flow. I

have been slowly resuming some of my other duties. But this lesson I will never
forget. I even built myself a make shift table in the back corner of the factory
where I can see most of the activity. So if your ever looking for me, don’t start in
the office. Good chance I’m in the Gemba!