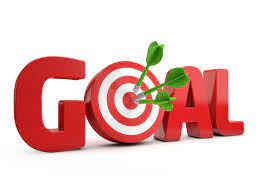 So you have officially declared “we are a lean company”.  In a nutshell, this

improvement through the elimination of waste.

In the beginning this is quite easy to do, there are labels to be printed, old

messes to get cleaned up, shadow boards to make, toolboxes to organize and

the ever important get everything off the floor and onto wheels. The factory is a

buzz with improvements and morale is riding pretty high. This will keep your team

busy for quite some time, but as you gobble up the low hanging fruit then what?

Perhaps your factory is a lot like mine. We set aside time for everyone to make

improvements each day before we begin working.  As time passed fewer and

fewer people were actually making an “improvement”, in my opinion this was still

better than not doing it at all. It wasn’t until push came to shove due to higher than

ever demand, and what we would consider totally unacceptable lead time, did we

realize we needed to get a lot better at solving real problems.  Don’t get me

wrong, we will never abandon our 3’s roots, but having 25 people wander around

get the job done. Our customers were losing patience and something significant

had to happen, right now.

When you walk out into any factory I’m positive we can all see waste everywhere.

something) was a little too sporadic and slow, we wanted to know what

specifically had to be done to move the needle, and we want to put everyone on

that!  We still wanted to empower everyone to provide improvement suggestions,

and a process to ensure we are implementing them. We were after a solution

people more time on the production floor to add value for our customers.

Hmmmm…. Not what I would consider a small challenge!

Toyota has popularized creating what they call a “target condition”. This can be

related to anything, production numbers, cleanliness, training etc.… The

job to know why it’s not happening. This person’s function is to strive towards

removing any and all barriers between current state and target condition.

title as well. It does add one layer of indirect labor. I know what you’re thinking,

“this doesn’t sound very lean”. But just imagine what would happen when you’re

having improvements made every day that actually move the needle, it doesn’t

take very long to make up for a little bit of extra labour.

Don’t get me wrong, it was a scary move for us as well, however, I’m not into

re-inventing wheels, if Toyota says it works, then it probably works.

So what happened? Well since demand was high we made our first target

to a little over a 25% increase in throughput. There is no question we all looked

at each other wondering if this was even possible. But in a worst-case scenario

we figured we’d learn something. We sure learned something, we learned the

barriers was a bit more powerful than we anticipated. We could not believe the

knew exactly what they were. Within three days, not only was our first target

condition being met, we exceeded it.

The power of setting that target condition seems to be what it does for our brains.

It provides a crystal clear focussing mechanism for all of our improvement efforts.

of them changing daily depending on what went wrong the day before. We would

talk in circles for 20 minutes and then nothing would get done. Now everything is

simplified, we only worry about what is in the way of reaching our target

condition. Everything else we will just continue to arm wrestle with, sooner or

later it will pop up as a target condition and will fix it then.

Step 1: establish a target condition for a particular work area

something happens contrary to the target condition, it’s their responsibility to find

out what happened, making detailed notes.

Step 3: Compile all of the notes on how many times you deviated from the target

Step 4: Pick The one issue that was the biggest offender and solve that problem.

them you’ll get to it.   Cluttering your efforts with 15 things doesn’t take into account

the butterfly effect. As you solve each problem, other problems may arise or go

away, you don’t know until you step back and monitor again.

have been plaguing us since day one. I almost feel unstoppable now.

get to zero defects, I never understood how this was possible, but for the 1st

time, I can see light at the end of that tunnel. This is our next target condition. I

have absolutely no doubt my team will figure it out.

There’s no reason your results couldn’t be similar, if you have any questions on

how to set this up, feel free to drop me a line I’m very excited about this and look

forward to sharing with the world.