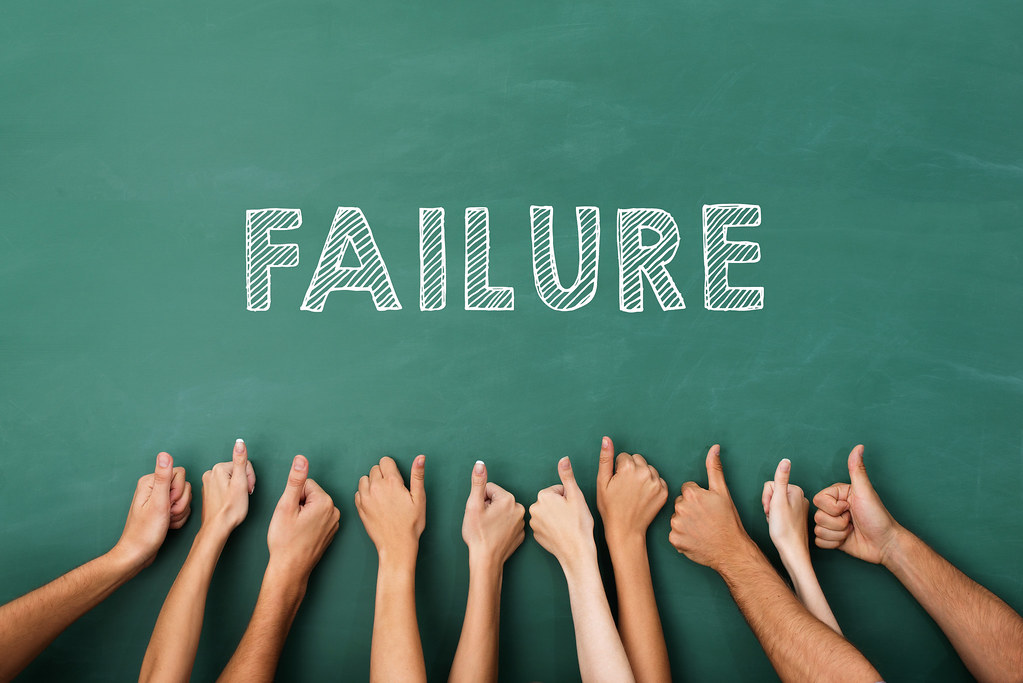 It is my endeavor to always bring value to you, the reader.  What we have decided to do is a series of articles that if you follow along and teach your people, you should be able to glean information in the proper sequence to assist you on your Lean adventure.

Politically correct or not, I’m about to drop the “F-Bomb.”

There, I said it.  If this isn’t a word you can relate to, I’d say you are in the .001% of people on the planet or you’re a little delusional.  Don’t worry, crazy people don’t know they’re crazy either 🙂

The wonderful people over at Wikipedia define failure as follows:

“Failure is the state or condition of not meeting a desirable or intended objective and may be viewed as the opposite of success.”

You may be asking yourself, “Why would an article on Failure be the first in a series that is supposed to help me?”  Great question, and easy to answer.  If you don’t warm up to the idea of failure being a good thing, you may find your journey much more painful than it has to be.

Before you write me off as a crazy person for claiming failure is good, let’s briefly examine some of those before us who have failed.

Ever heard of Walt Disney?  One of the most iconic film makers ever.  In fact, he was forced to file for bankruptcy in 1923.  I’m paraphrasing a little, but if not for that failure the world may never have had Micky Mouse.

How about possibly your favorite chocolate – Hershey’s.  Milton Hershey didn’t just file for bankruptcy once, he filed twice before being able to build the chocolate candy empire we all know today, and who doesn’t love those little kisses?

Those are pretty dramatic examples, but trust me, there are thousands more throughout history.  When we broach the topic of failure it doesn’t have to be to company bankruptcy, and with any luck it never will be.

Let’s examine what “product level” failure could look like.  You may not have to go any further than your broom closet for an amazing example, and what makes it even more fun for us woodworkers is that the whole concept for this example started in a wood shop.  Ever heard of a little vacuum company called Dyson?  Well, they aren’t little anymore.

James Dyson didn’t invent the vacuum cleaner, but he invented the world’s most improved and efficient one.  He happened upon the concept for his revolutionary improvement while standing in a wood shop like yours or mine.  He looked up at a cyclone dust collector and had that OMG moment.  He became an overnight success, right?  Wrong.  It took over 5000 prototypes to get the one we see on the shelf today.

If James had accepted the traditional view of failure, he wouldn’t have beat himself up over and over again.  This is where we use the coin-phrase “Fail forward.”  To fail forward is the difference between keeping your sanity, and a short trip to stress’ville.

With each “Failure” there is probably 90% that didn’t work & 10% that either worked or you learned something.  Focus on the 90% and you will find some, if not, all the following conditions:

And, if you’re really clever, you blame yourself.  Reality is, that’s the only accurate one, but that’s a whole other article.

Fighting the urge to blame is not an easy task, and we all fall victim to it.  I can personally attest to being guilty of that on several occasions.  However, if we practice putting all our energy into the 10% where things went right, and learn even one small detail that we can fix and not repeat, that doesn’t count as failure, that’s a HUGE win.  Rinse and repeat this process enough times and that ratio will soon be in your favor.  Next thing you know you will have the next best-selling vacuum.

Here we are, more than 700 words into this article and you haven’t heard the word “Lean” yet.  Thanks for hanging in there.  Now it’s time to make it all relevant.  Just one quick story first.

Sure enough, not a week later, this exact situation manifested in my factory.  We had to prototype 2 new products.  We started prototyping the first one and each time we examined the finished product we found some minor correction we would like to make.  Each revision was so painful.  My engineer rolled his eyes because he really thought he nailed that one.  My CNC operator groaned because he had to keep reprogramming.  Even I was disheartened each time I pointed out something we needed to tweak.  We got it done, it wasn’t fun or exciting, and took 7 revisions.

I remembered by lesson from running and tried a different approach for prototype #2.  I got everyone together before we started and said, “OK team, we are going to make another prototype, but this time we are going to get it Wrong at least 10 times!”  What do you think happened?  Here is how it unfolded.  With each revision everyone got together excited to find something to fix because it was OK to get it wrong and we are going to beat the allowable 10 revisions.  Consequently, the revisions came back almost twice as fast and, in the end, we nailed it in 4.

So, as you embark on (or continue) your Lean adventure, make sure you set yourself up for success by failing and having a different mind-set about it.  Here are some examples:

GREAT.  We were expecting that for at least 6 months till we figured it out.  Let’s examine what we can change.

GREAT.  We know with any new system people will take time to adjust, or perhaps this is exposing a weakness in our training.  Let’s fix it

GREAT.  As the leader I will demonstrate my expectations personally so people can see we are serious.

GREAT.  This was bound to happen.   It’s exposing an opportunity for our leadership team to get out into Gemba, get their hands dirty and help the people.

Dig back into your memory banks, think of a great life-lesson you learned and thought to yourself, “Boy, I will remember that forever.”  Now, go back another 20 minutes, what happened right before that eureka moment?  There was probably a significant blunder.  They tend to be wonderful teachers.  It’s counter intuitive as a manager to think, “I’m going to let my people fail.”  After all, isn’t it your job to make sure everything goes right?  Aside from safety related issues or something extremely costly, try letting your people make some mistakes that perhaps you see coming.  View it as an investment in learning rather than an error on their part.

Remember, we are here for, and because of you.  If there is a topic you would like covered or you have an idea that would make for a great article, please don’t hesitate to let us know.  If you’re thinking it, there are probably a few thousand others thinking it as well.  Please share your questions or ideas so we can make the best use of the valuable time you spend with us.